A forum for play by post role playing games. Pathfinder and 5e are some of the more commonly used systems, but all games are welcome!

Endrit blinks a few times, puzzled. After a pause, he asks, ”And... what is going with? With them? Or otherwise?” 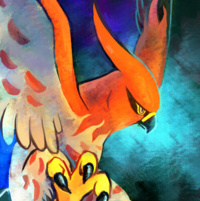 "What is the mess that's going on here? We've not been able to piece together too much for certain yet," Vadoma says.

"Is there anything more you know about the mists, or the dreams that everyone is having here?" Vadoma presses.

"Zandalus found some way to breach the border between dreaming and wakefulness. The fog is a result; it’s like spillover from whatever dream realm he’s tapped into. But the fog isn’t the problem, it’s the things that came along with it. Weird things, like from nightmares. The worst seem content to keep to the fog, but I’ve seen strange forms slip into the asylum—figures I can’t rightly describe." Wren shudders. "In regards to the nightmares, if all that's happened here isn't enough? I can’t be sure, but everyone’s suffering from the same bad dreams, me included: mostly visions of bleak skies and empty cities. Some say they’re the dreams Zandalus used to have, that now that they’re free of his head they’re infecting everyone else. Some say the Tatterman brought them, and he’s haunting all of our nightmares. Others think they’re visions of what’s beyond the fog. But who can truly say?"
_________________
"You don't have to stay," said the morning star.
"Run away, run away, run away, to a far
To a far, to a far, to a far, to a far,
To a far and a sunless land."

"The Tatterman? That thing in the rags?" Vadoma asks. "Do you know more about him?"

Vadoma chews her lips for a few moments. "Has anyone mentioned the Tatterman doing something other than hunting them?"

"How about the King in Yellow? Have you heard anything about that name?" Vadoma asks.

"I don't think so... I think there's a bigger forces in play here..." Vadoma says, tapping her fingers with concern. "How about the Briarwood Witch, have you heard that name?"

”Vadoma, we should focus on the foes in front of us instead of chasing ghosts. If we can kill the Tatterman and Zandalus, things should clear up around here, right? Seems to me we have a goal now,” Junmai says, thumbing Dragonclaw. 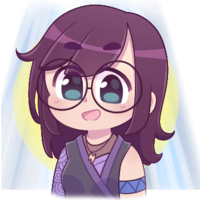 Vadoma purses her lips together with concern. "Hopefully. But we don't know."

”I’d rather act on what we do know than sit around hoping more information happens to show up,” Junmai says.

"I'm not saying we should sit around. Zandalus is at the center of this, and we should go after him. But that doesn't mean I'm going to stop worrying about what else might be going on here," Vadoma replies tersely.

”You’ll get grey hairs that way,” Junmai comments drily, then turns to Wren. ”Can you get us closer to Zandalus? Dragonclaw and I have some choice words for him.”

"He and his closest followers keep to what remains of the halls upstairs," Wren says. "No one is allowed up there, though. Zandalus’s thugs stand guard, but worse, that weird mist collects up there like a snake in a hole. Who knows what they do in that fog? But we all hear the chanting and screaming... even though we try not to." He thinks for a moment. "You seem like you might be strong enough to take out some of Zandalus’s guards, but there’s an army of them. Even if you beat them all, Zandalus himself is still locked away in that maze of fog upstairs. So, it seems to me, the only way to get out of here is to get rid of that mist—and I have a hint of how. Zandalus calls his most devoted acolytes his oneirogens. Most stay locked away with him upstairs, but at least one watches over the northwestern tower. I don’t know what he does up there, but I think he’s alone. If you got to him, you could probably wring some of Zandalus’s secrets out of him, maybe even learn how to get rid of this awful mist. Once it’s gone, what you do about Zandalus is up to you."
_________________
"You don't have to stay," said the morning star.
"Run away, run away, run away, to a far
To a far, to a far, to a far, to a far,
To a far and a sunless land."

”Great. Can you get us closer to that tower?” Junmai responds, eager to get his hands dirty.

"Do you know why the mist doesn't seem to harm Zandalus and his oneirogens?" Thulvreiss asks, pursing his lips thoughtfully. "I do agree with Vadoma that we need to stay attentive to the greater threats here, however."